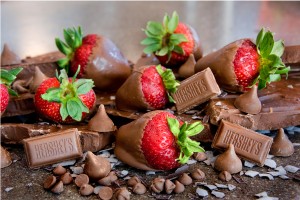 In 1907, Milton Hershey took a chance in a unique chocolate stamping machine that created bite-sized drops of his iconic American milk chocolate. At the time, bars of chocolate dominated the candy market, and the new, tiny treats were untested with the American public. Perhaps unsurprisingly, the new candies became instant classics among sweet eaters everywhere, and the Hershey’s Kiss was born.

Thought to be named for the sound and motion of the chocolate stamping machine, the Hershey’s Kiss is unmatched in the rest of the wide candy market. Hershey’s Kisses have been some of the most popular chocolate treats with the public, and now, more than 600 million original milk chocolate Kisses are produced in Hershey’s factories every day. Undergoing subtle changes throughout the intervening century — including wrapping by machine in 1921 and adding the paper plume in 1924 — Hershey’s Kisses have maintained their bright foil wrapper and signature shape which makes them so recognized around the world.

However, Hershey’s chocolatiers have historically been unafraid to tinker with the taste of the Kiss; the first variations from standard Hershey’s milk chocolate — named Sweethearts, Silver Tops, and Silver Points — were released in the early 20th century, and countless dozens have been released since. Here’s a look at some of your favorite varieties of Hershey’s Kiss, many of which can still be found among Hershey’s Chocolate World’s 800 different candies.

Inside these Kisses’ normal-looking chocolate shell dwells a filling unique to American taste buds. Aerated chocolate is quite common amongst our cousins across the pond, but only recently has Air Delight chocolate began appearing in American stores. This Kiss is traditional chocolate imbued with air, giving it a creamier texture that melts away on the tongue.

As the name suggests, these Kisses are filled with sweet, buttercream icing. The chocolate and the buttercream melt together deliciously for a decadent treat.

Continuing to improve upon the standard Hershey’s chocolate, chocolatiers created in the Meltaway Kisses a variety of chocolate that easily melts in one’s mouth. The flavor is slightly different from original milk chocolate, and many suggest Meltaways taste more like brownies than chocolate candies.

One of the most beloved flavors of ice cream is now one of the world’s most unique Hershey’s Kisses. Sweet vanilla cream enrobes tiny chocolate cookie bits for a delightful crunch inside a smooth Kiss.

Originally a holiday-themed Kiss just for St. Patrick’s Day, these chocolate and mint Kisses were such a hit that devoted Kiss lovers can usually find them any time of year. The soft mint filling is bright green to match the festive wrapper.

Not all Kiss flavors are targeted at American tastes; the green tea Kiss, for example, is sold almost exclusively in Asian countries. In this Kiss, milk chocolate surrounds a rich green tea–flavored center for an uncommon and mild Hershey’s experience.

While many may argue that Hugs are a completely different candy from Kisses, their similar shape and contents classify them within the Kiss taxonomy. However, Hugs do set themselves apart from the rest by boasting a white chocolate coating instead of the signature milk or dark chocolate of Kisses. Here are some of the more popular Hugs available today:

It seems that fall now brings pumpkin spice-flavored everything, from lattes to muffins, and now, to Hershey’s Kisses. A creamy orange shell hides a creamier filling that tastes almost exactly like your mother’s pumpkin pie.

Another Kiss variety with a distinct feeling of fall, these treats consist of milk chocolate surrounding a gooey caramel center. Imbued with the scent and taste of fresh apples, these Kisses will make you nostalgic for orange leaves and sweater weather. 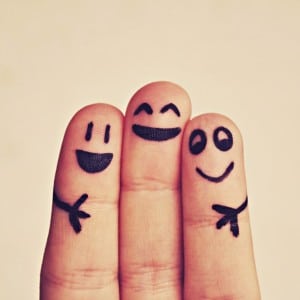 Kiss lovers seem to go nuts over nuts. Throughout the years, there have been countless types of Kisses stuffed with different types of nuts, though some are more popular than others. Almond is inarguably America’s favorite nut-filled Kiss, but there are also varieties that contain macadamia nuts, hazelnuts, and coconut.

These Kisses are a tribute to the Big Apple, where cheesecake has been perfected. Inside a Hershey’s milk chocolate exterior is a small taste of rich cheesecake that is just as iconic as the Kiss containing it.

These Kisses are some of the rarest around perhaps because of their flavorful complexity. As the name suggests, Trio Kisses contain three different kinds of chocolate: A base layer of milk chocolate is surrounded by luscious dark chocolate and then the Kiss is drizzled with sweet white chocolate for a distinct look and delicious taste.